Dion Celine - Through The Eyes Of The World BLU-RAY 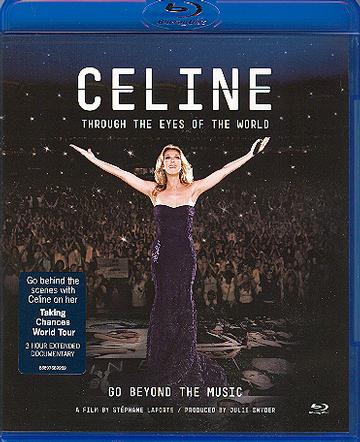 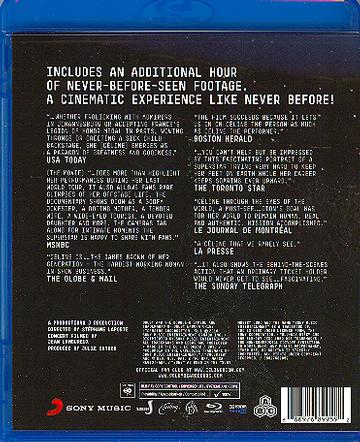 Dion Celine - Through The Eyes Of The World BLU-RAY

If you are expecting to see Celine Dion perform her hits on this film, then DO NOT buy it: IT IS A BACKSTAGE/TOUR DOCUMENTARY, NOT A CONCERT (That is why the Taking Chances World Tour: The Concert (DVD/CD) is being released on the same day.) This doc follows Celine, husband, child, and other relatives on the family journey that turned out to be the Taking Chances World Tour, officially the 2nd highest grossing tour of all time by a female artist . We see Celine prepping to go onstage, her and her family sightseeing at each tour stop (visiting Nelson Mandela's cell; going on a safari), and her receiving the 'Légion d'honneur' Medal from French President Nicolas Sarkozy. Through film, one experiences the REAL Celine, which is the same Celine we see onstage: true, kind, and sensitive. We see her laugh, and at certain moments, cry, such as when she was forced to postpone several tour dates due to a throat infection, and again when her son, RC, thinks he has lost a childhood toy, which later turns up at a hotel. On instances, we do see Celine performing some songs, but only snippets; most of the song is used as background/transition music from scene to scene. The DVD has an extra hour of added footage- maybe there'll be more music during it, but the main film hasn't too much.

Journey - Live In Concert At Lollapalooza...

Cohen Leonard - Songs from the Road...